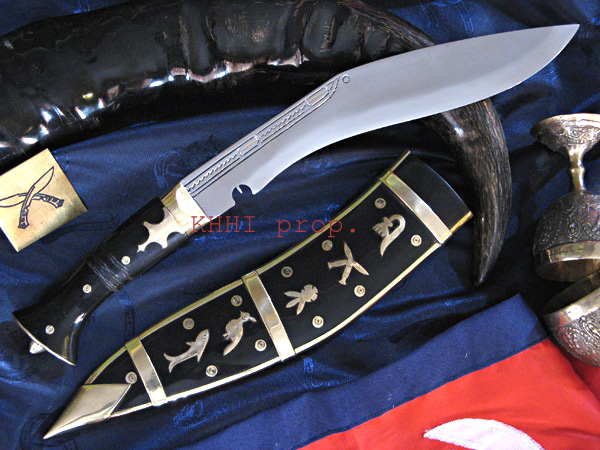 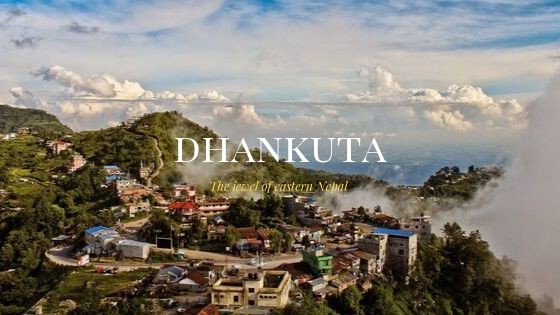 Named after the small hilly village of Dhankuta in eastern Nepal, this Kukri is renowned for its iconic scabbard. Its exclusive scabbards made out of natural materials like horn and wood represents the village and country as a whole. It originated long time ago but sadly details and facts are lost amidst the ever changing time and human negligence. It is only after late 1950's Dhankute kukris started to emerge in main stream and people started to document it. The kukri was actually created to full fill the necessity which later became a work of art for the makers and a recognition of the village. Dhankute people are mainly farmers, always surrounded by plants and animals. Their main animal, water buffalo, is one of the main sources of livelihood. When a buffalo dies its horn is used to make the kukri's sheath and handle. Initially the sheath was a need which gradually became craft; an exhibition of art, and soon a profession. The trend continued for years and people perfected their talent. 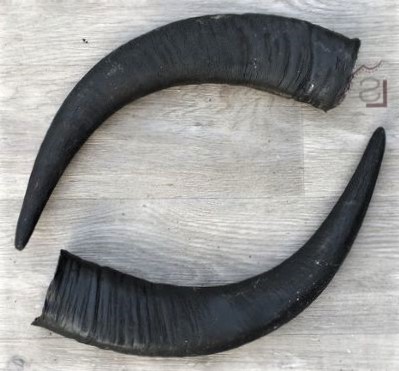 "Nepal Dhankute Horn Khukuri (Ornate)" is mainly for decorative purpose but it can also be used with no issue. The blade is very much usable as it contains all the ingredients and process of a perfect cutting knife. The balance and feel is superb. The knife is best suited for light and regular work. The shape of the kukri falls on the slender profile making it light and handy. The scabbard on the other hand is its prime feature that adds value and uniqueness to the kukri. Dhankute people are well known for their craftsmanship which can be clearly seen on this kukri knife. The natural buffalo horn is painstakingly worked for hours before it finally comes in the desired shape (a kukri's sheath). Then it is beautifully decorated by various metal fixtures and images to complete the sheath. The outcome is pure class and something to get proud of.  The DhanKute kukri is the culmination of that great skill hence named 'Ornate' due to its well decorated (ornamented) scabbard.

The sheath gives life to the kukri and images in it give soul. The symbols are mainly national figures but other religious and cultural images are also mounted which entirely depends on the maker's mood and personality. It may vary from scabbard to scabbard but mainly include: 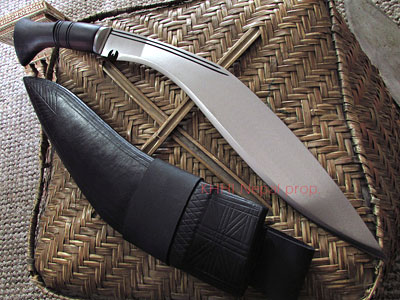 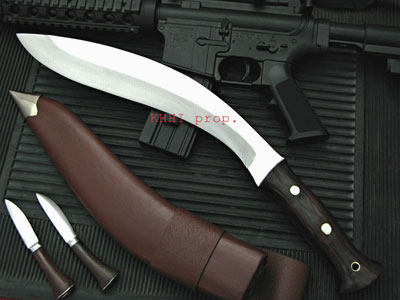 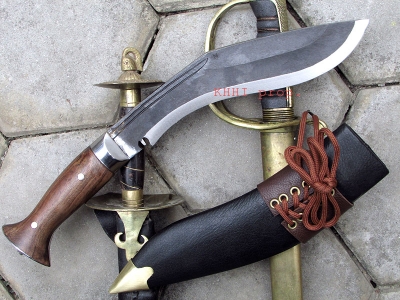 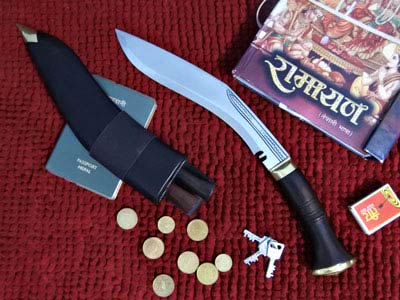 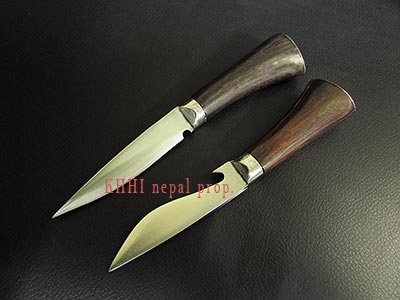