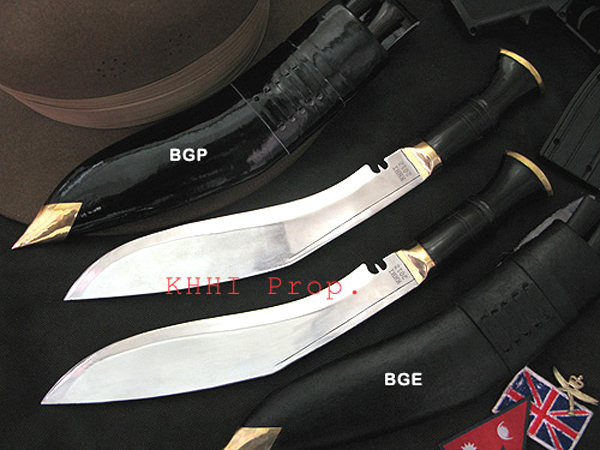 The official British issue kukris to the new Gurkha recruits for the year 2012...
(price includes both kukris)

In 2012 KHHI won the official contract to supply 252 Kukris to the new enlistment who will later join the famous "Brigade of Gurkhas". They would be channeled to various units as per their skill, performance, and background. We were proud to be selected for the official consignment. Our sincere thanks to the officers at BGN (British Gurkhas Nepal) who trusted our knives and to all the staff of KHHI who gave their best to win this prestigious contract. Moreover, each blade is stamped with "KHHI 2012" which is an honor for us to be mentioned in these legendary blades. This will remind the recruit, the name of his kukri maker as well as the year he got enlisted. We have also attached the original document given to us by British Gurkhas after winning the contract. 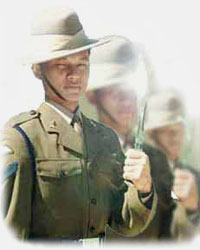 Previous to 1990's, British Gurkhas were only issued with one kukri that was expected to be kept highly polished for parade and duty while also being used in field/jungle exercises. This was becoming a nuisance and hence Gurkhas would often seek out a second kukri they could use for rough-use and field operations instead. They would often purchase these “Jungle kukri” from PRI shops in the regiment or outside sources during their official holidays. This kukri was referred to as the No.2 Sarkari Kukri unofficially. Since this was happening so often, in 1990, the BGN command decided to issue 2 kukris to each new recruit to solve the matter. They could have one kept in pristine condition for parade/duty (Service No.1) and one with an ok condition for field exercise/operations (Service No.2). This ensured the disciplinary and tidiness of the equipment and image of the unit as a whole.

The 2012 annual contract includes TWO Kukris with an identical blade called the "Service no.1" and "Service no.2"  but in different leather sheaths. One is the glossy patent leather sheath (BGP) meant for duty and parade (dress knife), whereas the other one is Normal leather sheath (BGE) for training and exercise(field knife), otherwise the same. Both kukris have buffalo horn handle and come with shiny brass fixtures. Both kukris have the two accompanying knives called KARDA and CHAKMAK. Both service kukris are typical army model/issue and quite the same from the previous years. 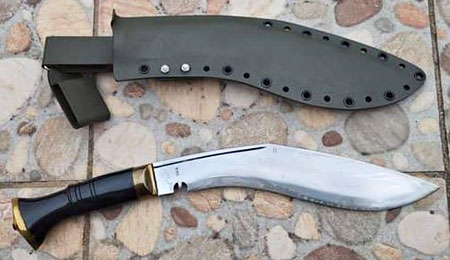 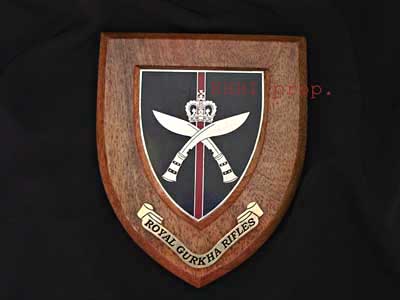 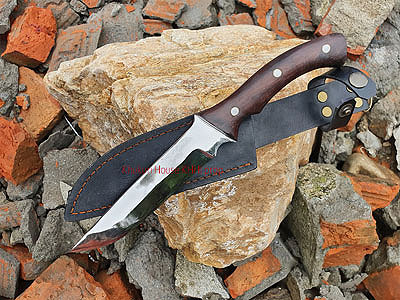 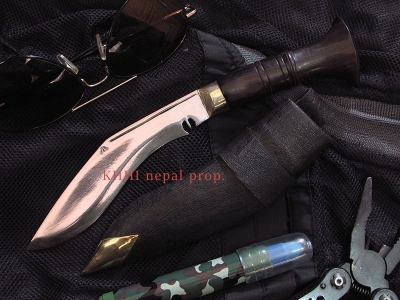 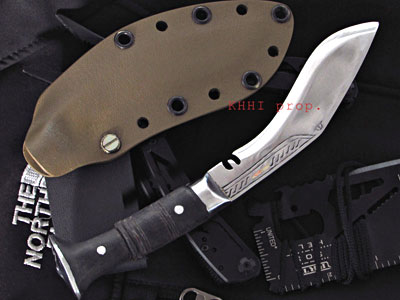